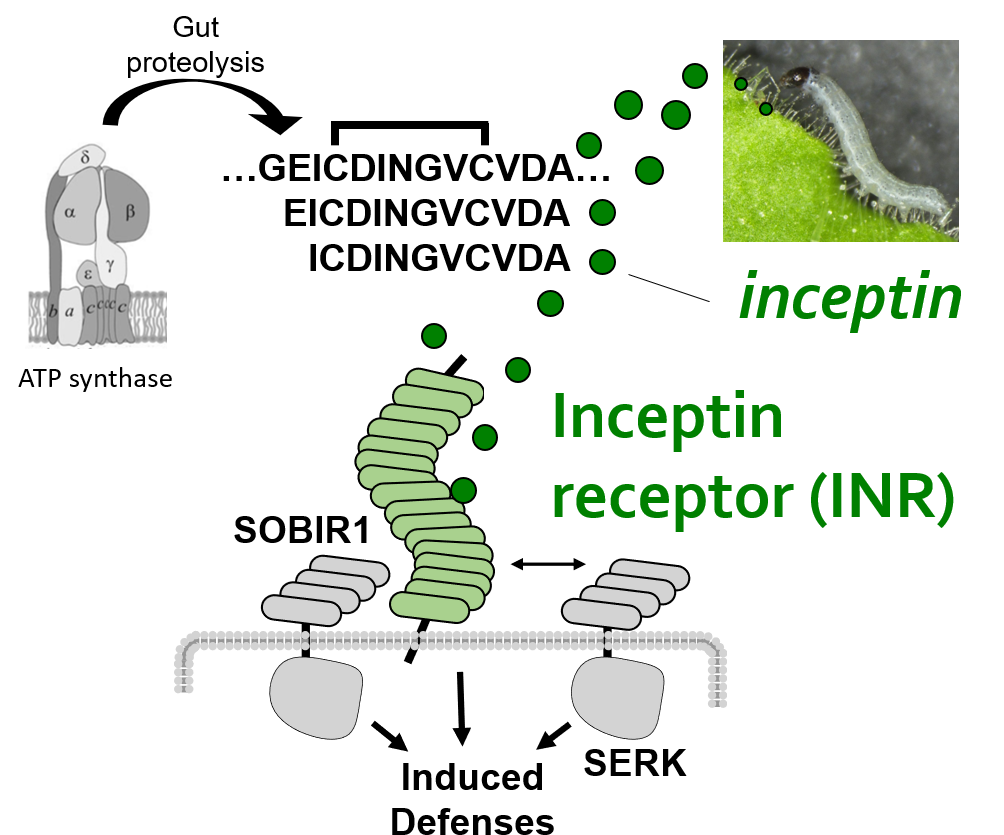 Plants detect pests and pathogens through cell surface receptors, which bind extracellular ligands and initiate defense signal transduction. Many well-characterized receptors detect pathogen-associated molecular patterns (PAMPs), but receptors for other pest classes such as chewing herbivores are not well understood. 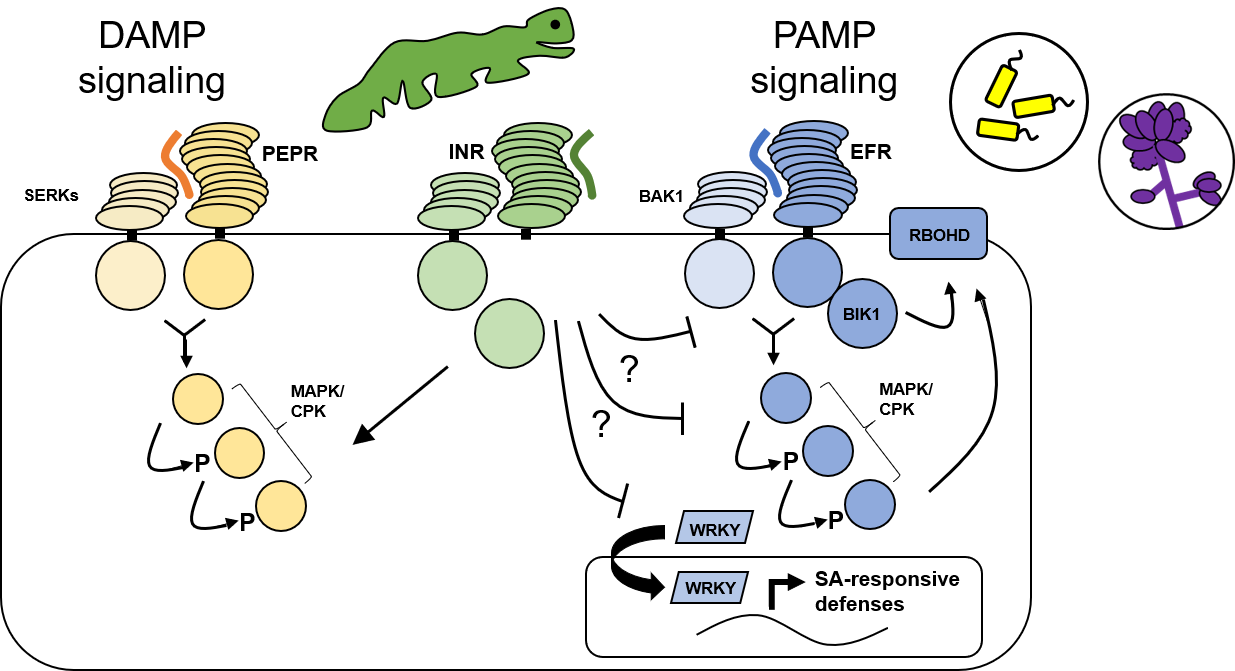 Since distinct hormones mediate defense against pathogens vs herbivores, we are interested in downstream signaling differences between INR and other cell surface receptors. 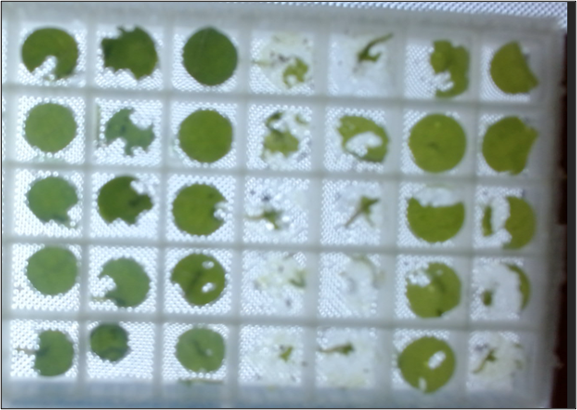 Species in the the legume family (Fabaceae) are uniquely able to respond to inceptins. In cowpea and common bean, inceptin activates canonical anti-herbivore defense responses such as protease inhibition, small molecule toxin biosynthesis, and release of parasitoid-attracting volatiles.

We are interested in the ecological functions of inceptin-triggered responses, especially in relation to the generic wound response.

Only a subset of surface receptors have immune functions; others serve critical roles in growth and development. How do new immune functions emerge from ancestral roles for receptors? Can we identify immune receptors from genome sequence data?

The INR receptor is restricted to certain legume species, but its function is idiosyncratic across species. Soybean, for example, cannot respond to inceptin despite the presence of receptor homologs. Common bean, on the other hand, displays novel inceptin recognition capability relative to cowpea. Long-read sequencing may allow rapid interrogation of the INR receptor locus across populations and species to better understand evolution of herbivore recognition in legumes. Advancing technologies in legumes will also facilitate reverse genetics to understand how INR contributes to herbivore resistance in nature.